What’s a sales agent? What’s a distributor? How do I get my film sold and seen by audiences worldwide?

Last June at the occasion of Doc/Fest’s Sales and Distribution Summit, the Marketplace & Talent team led a session on the basic concepts in Sales and Distribution. The goal of this presentation was to help filmmakers and producers understand better the differences between the roles of sales agents and distributors, as well as familiarize themselves with the notions of film rights, minimum guarantees, pre-sales and global rights deals.

Because this information isn't always available on the internet, or taught in film schools, we've compiled here some of the main points addressed during the session, to give you a better overview and understanding of the Sales & Distribution landscape, its players and its rules. You can also have a look at our Sales and Distribution companies list, where we've collated information on the main players in the documentary film market today, here.

A film is a bundle of rights

A “bundle of rights” equates to the legal rights of ownership that determine who can sell and exhibit your film in different territories.

Rights also differ by type. The rights to broadcast your film on TV are a different set of rights that permit someone to exhibit your film in a cinema or produce and sell copies of your film on DVD.

The main categories or rights for documentaries are:

Rights are mostly sold on an "exclusive" basis: Two parties within a given territory won’t both buy the same rights. For instance, you would not sell a film in the UK to both Channel 4 and the BBC. 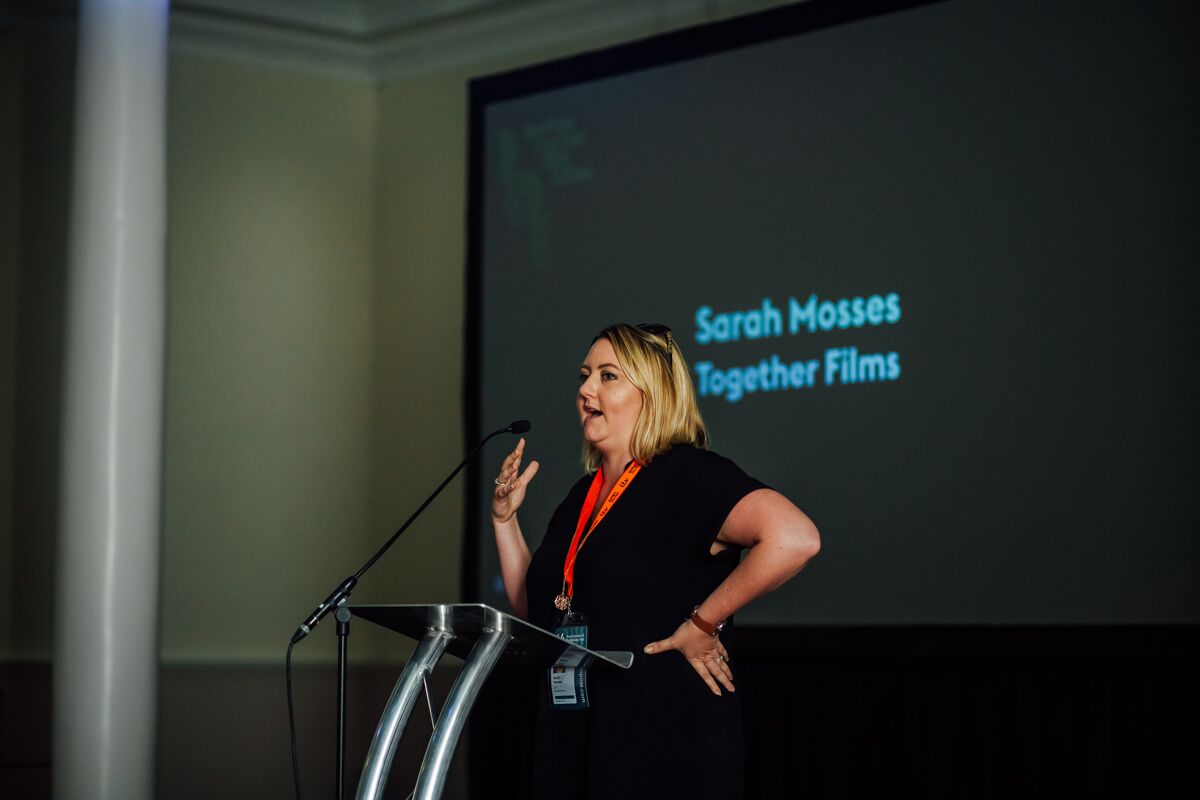 Both terms are used interchangeably in different countries, and there are companies that sell films internationally and distribute domestically, so it can be confusing and hard to navigate between those two branches.

As a rule, sales agents operate at the international level to help find buyers for your film in different countries, whereas distributors generally work at the domestic level, running campaigns and managing the logistics of getting your film to audiences within their specific territory.

The role of a sales agent is to sell the rights to your film around the world for the highest possible price, ideally making most deals while the film is still fairly new. Sales agents are therefore most active within the first 12 months of premiering of the film, using festivals as a venue for taking meetings to do deals and leverage the film’s selection in the festival, awards, and resonance with audiences as a selling-point

The traditional method to sell a film is to divide the rights and sell it on a per country basis, to distributors, or directly to a broadcaster.

If there is a possibility of a single, global, ‘all-rights’ deal, a sales agent may help by using existing relationships with buyers and knowledge of what offer to accept. In this case the sales agent’s handling of the film is much shorter. Companies involved in this kind of one deal situation are often referred to as “brokers” rather than sales agencies. This often happens just before or right at the time of the film’s world premiere.

Distributors work on getting your film seen and purchased within their country of operation. If there is a healthy market for documentaries in cinemas in a given country, a distributor may manage a theatrical release for the film, looking after cinema bookings, Q&As, posters, trailers, DCPs, and, most significantly, the marketing, press and publicity campaign.

Cinemas will take the lion’s share of the revenue from any screenings (65%) and all the logistical and promotional costs of getting the film into the cinema will be borne by the distributor, so for working with the film to be viable for them, they need it to be profitable in other ways. Traditionally this was in the home entertainment market and nowadays it is increasingly in the digital market (iTunes, Netflix…). Distributors will often want to be cut in on the sale to their local broadcaster, so they are at least guaranteed some income while they take a risk on selling the film via other means.

Distributors come in all shapes and sizes. Some have a busy slate and will do a lot of the work ‘in-house’, e.g. social media, press, marketing, asset management, bookings, grassroots outreach and social impact campaigns, non-theatrical and educational sales, while others may outsource these activities. 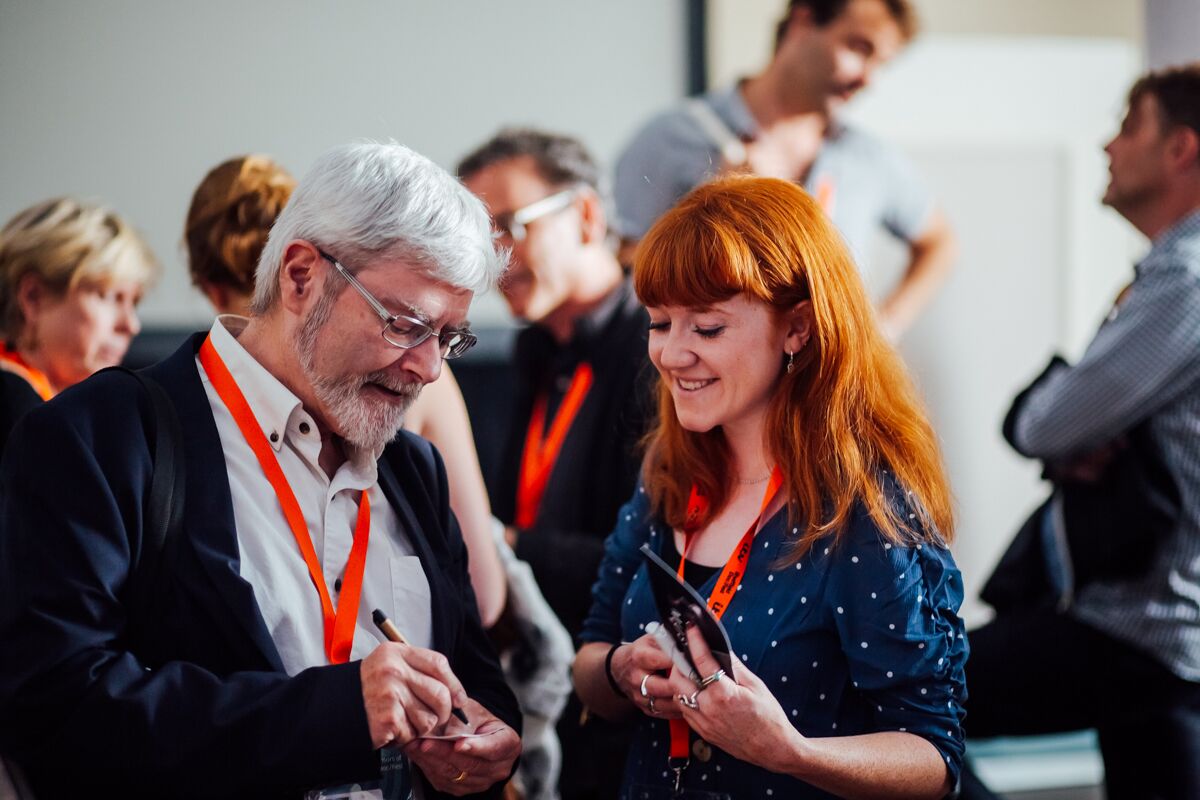 Why work with sales agents and distributors?

Doing a deal with a sales agent or a distributor is not a rule, and you may want to do sales and distribution, partly, or entirely, yourself. However, it is worth considering that:

Sales agents and distributors have vast contacts and existing, nurtured relationships with the buyers and important partners necessary to get a film bought and seen. Utilising those relationships for the sake of the film is what justifies their cut.

Sales agents and distributors have experience and knowledge that an emerging filmmaker, may not have. They can gauge how much your film may be valued by different buyers, what’s a good offer and what isn’t, when to accept and when to hold out, and, most importantly, which buyers will deliver on getting the film seen by audiences. They will also know the personal tastes of buyers, festival programmers, cinema bookers, critics, journalists.

Contracts with sales agents and distributors differ from companies to companies but there are some common elements:

Agreements are usually for a period of 7 years, and up to 15 year.

The commission a sales agent will ask for will vary from company to company. They may want to take 10% from selling north American rights, or a 10% on a global SVOD sale, and 30% for the rest of the world or for less commercial titles. Sales agents will often split any festival and non-theatrical revenue 50/50.

Distributors will split revenues differently across the different rights that they are managing for a film. They may split any profits from theatrical revenues 50/50 but demand a 70% cut on the ‘home entertainment’ rights.

These splits are always negotiable and it’s useful to ask advice from other trusted producers on the offer and ideally, try and get a few different offers for comparison.

A ‘Minimum Guarantee’, also known as ‘MG’ or ‘Advance’ is an upfront payment to the filmmaker, from the sales agent or distributor, that happens at the beginning of a contractual relationship. It’s a way for the sales agent or distributor to show interest for your film by taking on more of the risk themselves. It is easier to get an MGs when there are multiple companies vying to sell or distribute a given film rather than if there is only one company interested (and they know it). MGs can range from a few thousand pounds to north of 100K for titles that have clear commercial potential and very established companies competing to manage the rights.

The costs that a sales agent or distributor incurs while selling and distributing a film are ‘recoupable’. It means that the filmmaker won’t start seeing money until the film is in a state of profit. Getting your film into a state of profit is not an easy task - it requires strategic spending. It’s not about getting a sales agent or a distributor who promises to spend the most on marketing your film, but rather finding a partner who knows how much to spend, i.e. enough to find the audience and do the sales, but not so much that the money spent exceeds the revenue from the sales, leaving the film forever ‘in the red’ with no chance to see any returns.

The arrival of global SVOD platforms  such has Netflix has to some extent changed the sales and distribution landscape:

Netflix began buying a relatively new category of digital rights on a per-country basis, while building their catalogue and subscriber base. Today Netflix favours global rights deals for their products to be consistent across all territories.

Offers coming from SVOD platforms are variable, but in 2019 our market intel suggests that they are more or less on par for what one could get from selling your film piecemeal to various broadcasters.

However, as soon as some rights are sold in a territory, the film is no longer in a state of ‘all rights available’, which might make it less attractive for SVOD platforms looking for global rights.

The same applies when selling rights to broadcasters before there is a sales agent or a distributor on board, therefore making it less interesting for the later to get involved since they won’t get a cut of that sale.

Getting Sales Agents and Distributors to Represent Your Film

In order to get a sales agent or a distributor attached to a film, the film needs to have some degree of commercial and/or critical potential.

It’s worth familiarizing yourself with the various existing companies, to see which companies best fit your film. A good way to figure out who to approach is to think of films that are in the same vein, thematically, stylistically, etc as your film, and find out who sold and distributed it. Sales agents and distributors need to be convinced that there is an audience for a film, so you need to be able to articulate who the audience is when you’re pitching to them.

Sales agents and distributors are very busy, and most of their time is dedicated to selling films they’ve already signed. They are not looking for new films nor responding to filmmaker approaches all the time. So you will need to be patient, polite, and persistent when getting in touch with them!

Doc/Comment is a new home for thoughts, interviews, things we love and want to share with our community.

TO KEEP UP TO DATE WITH ALL THE DOC/FEST LATEST ANNOUNCEMENTS ON OUR PITCH OPPORTUNITIES, SIGN UP TO OUR ENEWS HERE.