With an entire award dedicated to films that resonate with young audiences, Doc/Fest’s programme always includes many films that centres around coming of age experiences and the spirit of youth. From summer adventures to skate park communities, here are just some of the films on offer this year that are sure to reignite the young hearts in this year's audiences.

Having devoured romcoms as a young teen into womanhood, they have played a leading role in the formation of director Elizabeth Sankey’s identity, and fantasies of love. How does Hollywood dictate what love looks like and who deserves it? In this vibrant essay film, Sankey considers the rules of the game and how the formula has transformed over time. On the night of Friday 7 June, Romantic Comedy will be screened in The Crucible Theatre with a live score from Summer Band.

Sixteen year old Austyn is determined to fake it till he makes it. Twenty thousand adoring girls follow his positivity-exuding live streams, allowing him to dream of life beyond his Tennessee home. In California, 21 year-old Michael is making a fortune ruthlessly managing a cadre of hormonal A-list boy vloggers. A fascinating, nuanced exploration of the cost of the social media gold rush. 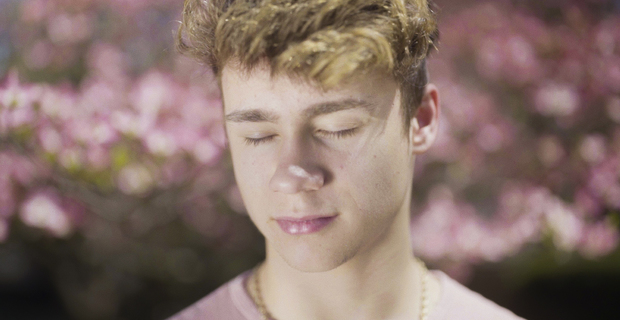 Freddy is 30 and yearns to start a family but this poses unique challenges. He is a gay transgender man. Deciding to carry his own baby took years of soul searching, but he was unprepared for the reality of pregnancy, both physically and challenging society's fundamental understanding of gender & family. To him what feels pragmatic, to others feels confronting; this wasn't part of his plan. Against a backdrop of hostility towards trans people, he is forced to confront his naivety. Made with unprecedented access & collaboration, it’s an audacious & lyrical story about what makes us who we are.

Eva is used to sharing: for years the young Italian’s life has been an open book to online viewers. While some seek her advice, others are quick to criticise her life choices including the hard drugs and sex work that complement her modelling and writing. In this boundary pushing performative documentary we look for the real Eva.

The Los Reyes skatepark in Santiago de Chile is home to Chola and Football, two dogs who keep a bemused eye on the park’s goings on, even when dozing. In this creative observational documentary we see the park through their perspective - hearing the voices of the teenagers smoking joints, and sharing stories of their run ins with the powers that be.


Don’t Be A Dick About It
Director: Ben Mullinkosson / 69 mins / UK Premiere

In affluent suburban Maryland, teenage brothers Matthew and Peter while away the summer days, alternatively bickering and bonding, while their cousin Ben Mullinkosson films them. When they aren’t winding each other up, Peter stages endless dramatic recreations of Survivor evictions while Matthew hangs the park a lot, determined to overcome his profound fear of dogs. A funny and astutely observed foray into brotherhood.

Snapchat is the height of transforming our lives into instantaneous, disposable narratives. These glimpses into the lives of others are meant to evaporate, but this film resists that throwaway trajectory.