Sign up
Doc/Fest is a platform for artists to present and develop their work, whether it be through documentary film, in conversation, or as part of our Alternate Realities Exhibition, Commission or Summit. Here are some of our top picks from this year's programme which are sure to satisfy all our attending art-seekers.
The Rest + Conversation with Ai Weiwei
The Rest is a film about refugees who fled war and persecution and arrived in Europe, the world’s bastion of human rights, yet have not found the safe havens of their dreams. Instead, they now live in limbo within a xdisintegrating humanitarian aid system, no longer the centre of media attention. The film is a mirror of the European political zeitgeist, demonstrating how pan-European values of liberalism and democracy have largely failed in practice. This premiere screening will be followed by a conversation with artist Ai Weiwei. 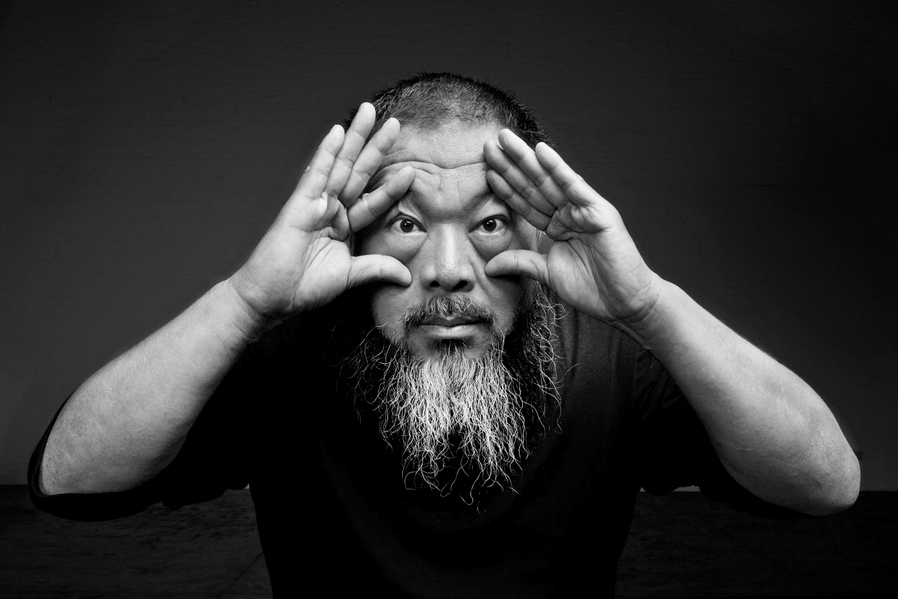 VR Cinema Art and Design Playlist
A curated selection of 360º films, our VR Cinema this year is titled 'Converging Sensibilities'.  Join us in Hallam Performance Lab and experience immersive documentaries that allow you to visualise music, join a quest for a first sexual experience or travel back in time to a trial that is as unjust as it is inspiring. The cinema will be screening films as part of five playlists, including Art & Design:


Bauhaus in Bavaria
Journey back in time and discover the Rosenthal factory buildings in Bavaria, Germany – the last architectural masterpieces of the Bauhaus icon, Walter Gropius.
The Dreams of Henri Rousseau
Step into the surreal and sublime greenhouse of the Jardin des Plantes in Paris as it transforms to reveal the secrets of the painter Henri Rousseau. 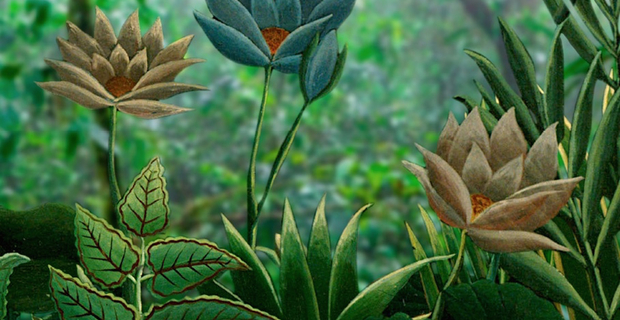 Alternate Realities Commission: Spectre
Spectre, a new, award-winning, immersive art installation is poised to reveal the secrets of the Digital Influence Industry, but only if you are willing to ‘pray at the altar of Dataism with the Gods of Silicon Valley’. Premiering at Doc/Fest this year, Spectre comprises six 2.2m high monoliths (referencing 2001, A Space Odyssey) and tells a cautionary tale of technology, democracy and society, curated by algorithms and powered by visitors’ data.

Winner of the our Alternate Realities commission for 2019, Spectre sets its sights on subverting the Digital Influence Industry and by using many of the technologies and techniques employed by tech giants, advertising/marketing firms and political campaign groups, to show how our behaviours are predicted, and influenced, both online and in the voting booth.

As part of Spectre, co-creators Bill Posters and Daniel Howe have collaborated with leading AI technology start-ups including CannyAI, Respeecher and Reflect, to create a range of AI-generated ‘deep fake’ celebrities – including dead and living artists – that push the fields of generative art and digital storytelling to new heights.

Revived as ‘deep fake’ avatars, in both the literal and spiritual senses, celebrities including Kim Kardashian, Freddy Mercury, Donald Trump, Marcel Duchamp and more, will engage audiences in the affective power of computational propaganda and the digital influence industry, where notions of truth and free will are not to be relied upon. Spectre will be showing at Site Gallery throughout the festival. 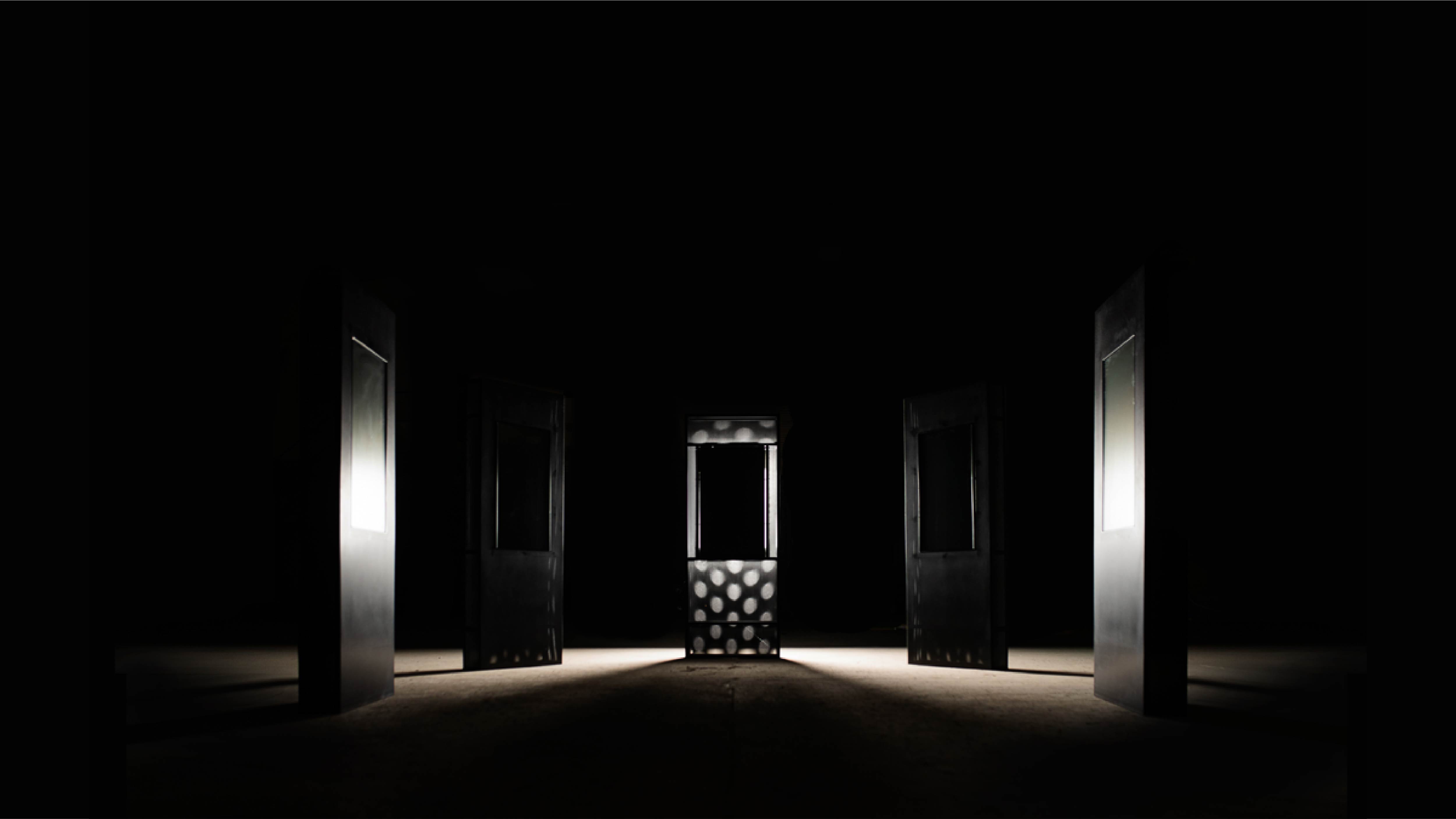 Charlotte Jarvis at the Alternate Realities Summit
This year’s summit looks to a future of increasing algorithmic intervention into our daily lives, and asks ‘what is left that cannot be computed or replicated’ and ‘how do we retain sensibilities that cannot be synthesised?’. During the Summit, bio-artist Charlotte Jarvis (who works at the intersection between art and science) will present In Posse: Making ‘Female’ Sperm. Throughout history semen has been revered as a magical substance – a totem of literal and symbolic potency. Described variously as ‘life force’, ‘substance of the soul’ and ‘that which sows the seeds of virtue in the female soul’. Charlotte aims to re-write this cultural narrative; using art and science to disrupt the hierarchy. Charlotte Jarvis has previously grown her own tumor, recorded music onto DNA and seen her heart beat outside her body. 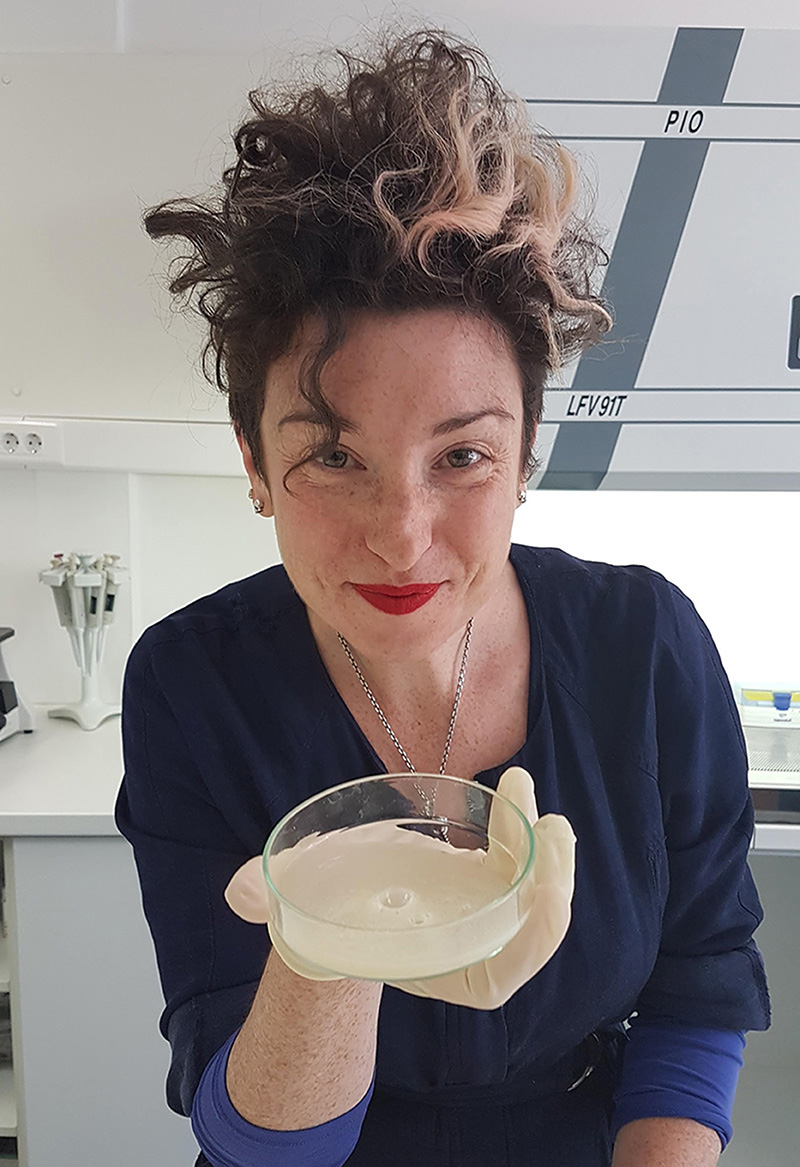