Winner of our Alternate Realities commission for 2019 uses AI to warn about the dangers of technology and democracy. Kim Kardashian, Donald Trump and Freddy Mercury “deep fakes” demonstrate the power of computational propaganda in award-winning new creation.

Exhibition at Site Gallery as part of Subconscious Sensibilities, Spectre comprises six 2.2m high monoliths (referencing 2001, A Space Odyssey) and tells a cautionary tale of technology, democracy and society, curated by algorithms and powered by visitors’ data. Spectre is nominated for the ‘Best Digital Experience’ award as part our programme. The installation is generously supported by Arts Council England, British Council, Site Gallery and MUTEK.

Spectre sets its sights on subverting the Digital Influence Industry and by using many of the technologies and techniques employed by tech giants, advertising/marketing firms and political campaign groups, to show how our behaviours are predicted, and influenced, both online and in the voting booth. The digital influence industry comprises a wide range of digital and political strategists and consultants, technology services providers, data brokers, ad auction platforms, social media and web publishing companies. Some companies specifically focus on analysing and utilising personal data for political campaigns, while others allow clients to access vast data sets for marketing, advertising and sales related to a range of products and services.

This immersive art installation is poised to reveal the secrets of the Digital Influence Industry, but only if you are willing to ‘pray at the altar of Dataism with the Gods of Silicon Valley’.

As part of Spectre, co-creators Bill Posters and Daniel Howe have collaborated with leading AI technology start-ups including CannyAI, Respeecher and Reflect, to create a range of AI-generated ‘deep fake’ celebrities – including dead and living artists – that push the fields of generative art and digital storytelling to new heights.

Revived as ‘deep fake’ avatars, in both the literal and spiritual senses, celebrities including Kim Kardashian, Freddy Mercury, Donald Trump, Marcel Duchamp and more, will engage audiences in the affective power of computational propaganda and the digital influence industry, where notions of truth and free will are not to be relied upon.

The Digital Influence Industry is a burgeoning and largely unregulated sector. Since 2010, political parties and governments have spent more than half a billion dollars on the research, development and implementation of psychological operations and public opinion manipulation techniques that involve social media—a number that is expected to rise*. 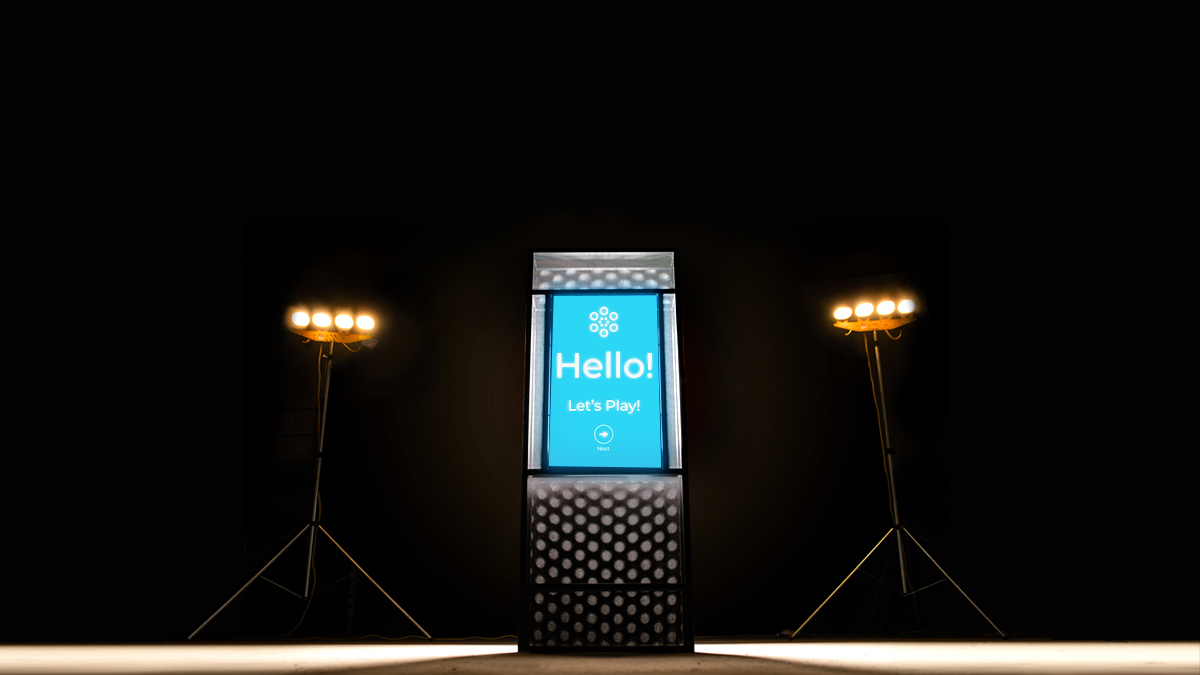 Says Posters: “Spectre interrogates and reveals many of the common tactics and methods that are used by corporate or political actors to influence people’s behaviours and decision making. This runs through all aspects of the project, from our social media strategy featuring celebrity ‘Influencers’; to the A/B testing processes used in development; to the ‘personalised’ features integral to the gaming industry; to the technologies, algorithms and behavioural profiling used throughout Spectre’s system. In response to the recent global scandals concerning data, democracy, privacy and digital surveillance, we wanted to tear open the ‘black box’ of the digital influence industry and reveal to others what it is really like.”

Says Daniel Howe: “In 2016 and 2017, the UK, US and Europe witnessed massive political shocks as new forms of computational propaganda employed by social media platforms, the ad industry, and political consultancies like Cambridge Analytica were exposed by journalists and digital rights advocates. For Spectre, we used many of the same techniques – data analytics, behavioural profiling, sentiment analysis, deep-learning – to enable audiences to experience the inner workings of the Digital Influence Industry. We wanted to provide a personalized experience that allows users to feel what is at stake when the data taken from us in countless everyday actions is used in unexpected and potentially dangerous ways.

Bill Posters continues:  “The fact that citizens’ data  – including intimate knowledge on political leanings, sexuality, psychological traits and personality – are made available to the highest bidder shows that the digital influence industry and its associated architectures pose a risk not only to individual human rights but to our democracies at large. As we have seen with the UK referendum, Vote Leave used this intimate data to micro-target 1.5 billion ‘dark ads’ to only 7 million voters in the last 10 days of the Brexit referendum with no regulatory control or oversight. Could that have generated a 2% swing in the vote? It is not at all unlikely. So when millions of pounds are poured into advanced forms of computational propaganda without judicial oversight or transparency, it is clear that our democratic processes and the structures that should safeguard them are in danger. History has demonstrated that we can’t have democracy without privacy. ”

Dr. Omer Ben-Ami co-founder of CannyAI states: “We are excited to collaborate on Spectre in exploring the influence Artificial Intelligence will have on our society. We hope to reveal to audiences what can already be achieved today, and give a glimpse into how AI will change everything we know about storytelling, content creation, and human interaction.”

Vesselin Popov, the Executive Director of The Psychometrics Centre at Cambridge says: “It has never been more important to engage in open debate regarding the malign impact of AI, social media and big tech on democracy; projects like Spectre can provide tremendous value in engaging and surprising new audiences, creating an imperative for self-reflection and a manifesto for the kind of authenticity or integrity that is so often lacking from our political institutions.”

Bill Posters (UK)
Bill Posters is an artist-researcher whose work often interrogates forms of propaganda and their impact on notions of justice, democracy, privacy & environment. He is co-founder of Brandalism, an international collective of artists that are best known for receiving global media coverage for hacking over 600 ad spaces in Paris in 2015, the day before the COP21 Climate Talks began with artworks that challenged corporate power and lack of government action on climate change. In 2016, Bill Posters received Communications Sans Frontiers’ ‘Activist of the Year’ award.

Daniel Howe (US)
Daniel Howe is an artist, researcher, and critical technologist whose work focuses on the interrelationships between networks, language, and politics. His collaborative practice explores the nature of algorithms and their impact on human values like autonomy, diversity, privacy and freedom. Howe is an open-source advocate and contributor to dozens of socially- engaged software projects over the past two decades.