Sign up
Director and producer J Dakota Powell attended our 2019 Alternate Realities Talent Market. We’ve asked her about her impression of Doc/Fest and impact it had on her work.
The Alternate Realities Talent Market exists to foster collaborations between creatives and organisations focused on using digital technologies to push storytelling in exciting new directions. The market is for discussing new projects that are interactive, immersive, virtual reality, augmented reality, web-doc, games, 360-video, live performance, motion comic, room-scale experience and/or installation.

In 1998-99, I studied virtual reality under Rory Stuart at the Interactive Telecommunications Program (ITP), New York University. While working at NYNEX Science and Technology, Stuart wrote “The Design of Virtual Environments,” a textbook for VE designers. After being introduced to VR concepts and VRML, I then wrote a paper on treating trauma with VR. At the time, the chair of ITP and godmother of Silicon Alley, Red Burns, focused on bringing in content creators for a frontier program fusing arts and technology. Her mantra: tech is only a tool. One can teach tech, but one can’t teach people to imagine what to create. So Red tapped a few playwrights who had been selected for the National Playwrights Conference (O’Neill Center) to participate in this new graduate program, and I was one of the writers. I jumped on the chance to study virtual worlds, virtual reality, interaction design and web design at ITP. Digital platforms presented alternative mediums for theatre and storytelling – a lifelong passion.

“A Weight, a Clock and a Mirror” is the first chapter of “Smashers,” a VR series/interactive documentary that tracks major discoveries in physics as well as technology used to create the atom bomb. The piece revolves around Marie and Pierre Curie’s discovery of radium and polonium. Users can step into the shoes of M. Curie and do what she did – i.e., measure radioactivity with an electroscope, engage in chemical separation and crystal fractionalization, and even stir a vat filled with pitchblende and acid. Inspired by grandfather Wilson Powell, a Harvard physicist who developed the magnets for the Calutrons in the Manhattan Project, “A Weight, a Clock and a Mirror” is being developed with support from the Oculus Start program. 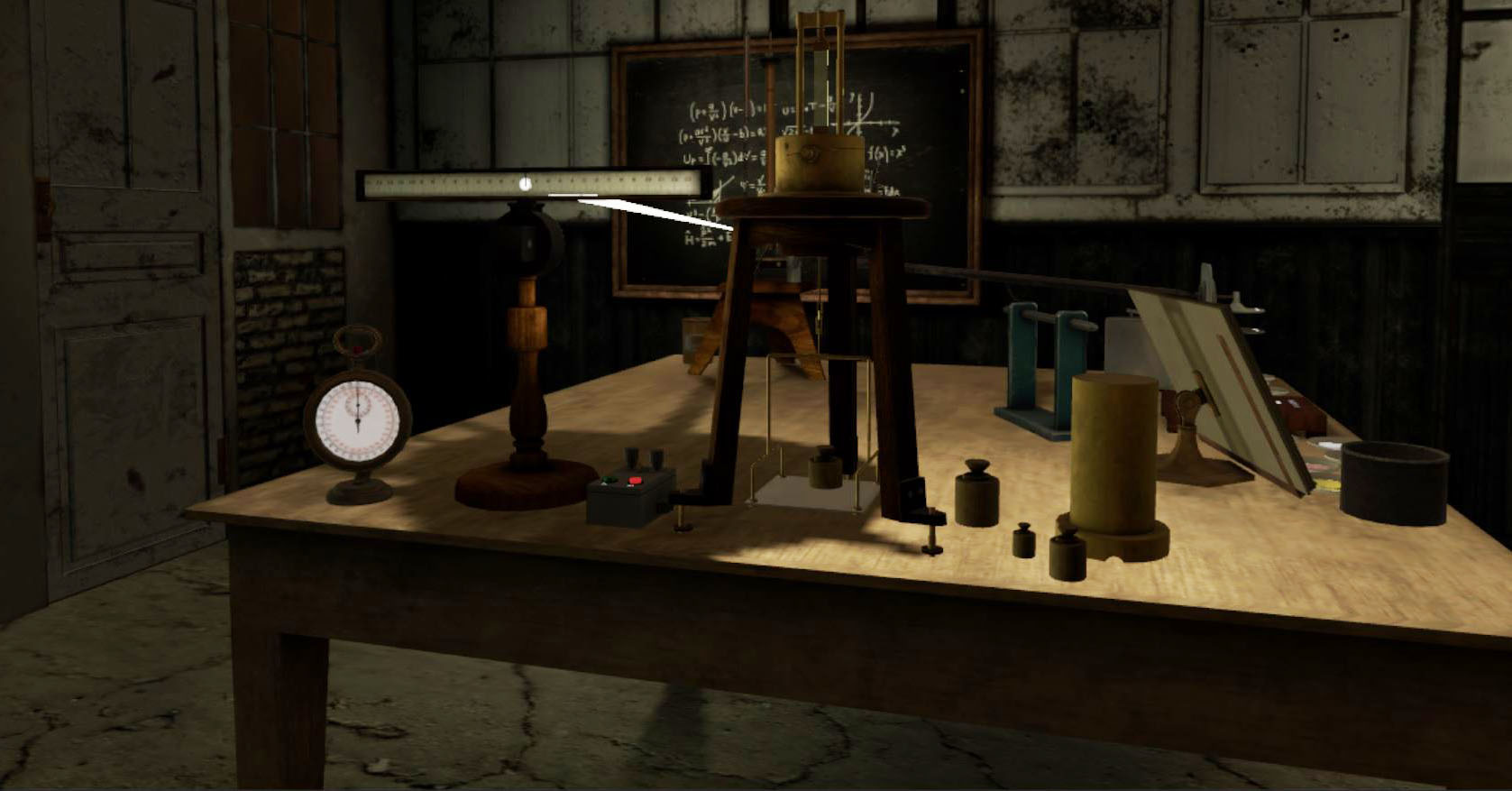 What was the biggest challenge you needed to overcome to get your project(s) off the ground?

The challenge was to ramp up in shader-writing for Unity 3D to enhance the artwork and execute scene transitions. Since I had learned how to code and was using 3ds Max in the 1990s, it’s been a speedier path to master 3d production skills than to scramble for funds for XR developers. After surviving the first dot-com wave, the lesson learned? Developers win over the long-term. Diversity is critical for the evolution of a healthy and balanced immersive space. The more women and people of colour with immersive tech skills, the better.

I was knee-deep in XR production. For “A Weight, a Clock and a Mirror,” the market offered a wonderful opportunity to potentially expand distribution.

Who was the first person you told?

Had you presented projects or participated in talent markets at festivals before?

No. I’ve actually been on the other side. I was the Producing Artistic Director of two festivals.

One of the decision-makers in the market has a marketing background and provided invaluable feedback on how to market “A Weight, a Clock and a Mirror.” How to define the content in terms of format? Is it a game? Is it an interactive documentary? This is a fuzzy area in XR and has been a fuzzy area since the advent of digital platforms for storytelling. As soon as you introduce interactivity – user agency – into a story, you’re tapping into the mechanics of gaming. Yelena Rachitsky from Oculus will be doing a talk on the sweet spot – the intersection of story and game – at OC6. Despite all this fuzzy-wuzzy stuff, I still need to define “A Weight, a Clock and a Mirror” for marketing purposes.

What effect has attending Doc/Fest had on your work since, has it created further opportunities?

Because I met curators and producers of other festivals and venues for distribution, I’m now polishing the piece for submission to these outlets. I wouldn’t even be aware of these opportunities had I not attended Doc/Fest. Well-organised and smoothly run, the Alternate Realities Market should be a shining example for other markets of this type.

Think long-term and focus on crafting relationships instead of jumping on gigs. Support and opportunities may not be immediately forthcoming. Often support comes from left field. And it may come weeks, months or even years later. Be true to vision, stand tall and stay in the ring.

J Dakota Powell is a multi-disciplinary artist/writer/director and founder of TimeWave (timewavefestival.com), a transatlantic collective that explores the intersection of media and technology. In XR, Powell has been selected for the Oculus Start and Oculus Launchpad programmes. She launched the first virtual reality lab ("XR Lab") in 2015 as well as produced the first virtual reality hackathon in New York City. Prior to this, Powell was the Producing Artistic Director of TimeWave, an international theatre/tech festival (UK) gathering 75 artists and streaming in new work from London, New York, Los Angeles, Singapore, Madrid and Montreal. She was also Producing Artistic Director of Brave New World on Broadway (US), which gathered the American theatre to respond to 911. BA, Yale University. MPS, ITP/NYU.