We are delighted to welcome Marc Isaacs back to Sheffield for the world premiere of his latest film, THE FILMMAKER’S HOUSE, on Saturday 17 October at The Showroom Cinema. 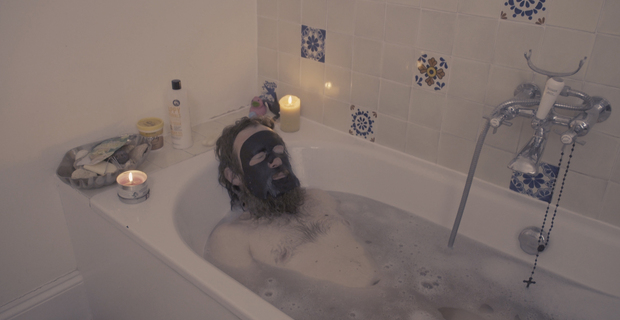 When the Filmmaker is told his next film must be about crime, sex or celebrity to get funded, he decides to take matters into his own hands and begins shooting a film in his home with people connected to his own life. The first characters we meet are two English builders who Isaacs has employed to replace his garden fence and temporarily remove the barrier between him and his Pakistani neighbour. This introduces the film’s central theme of hospitality - a theme that finds its ultimate expression when a homeless Slovakian man charms the Filmmaker’s Colombian cleaner to let him into the house and tests everyone's ideas of the expectations and boundaries between host and guests. Blending documentary with fiction and a wry humour with emotional intensity, Isaacs unfolds a story which - in its’ final act - asks pertinent questions about the nature of filmmaking itself.

Marc Isaacs is one of the UK’s foremost documentary filmmakers, telling stories of modern Britain through making meaningful connections with ordinary people, often making the process of getting to know those people a part of the film. Isaacs has made a number of creative documentaries for BBC and Channel 4, among others, which have won Grierson and BAFTA awards as well as numerous international festival prizes. Previous films include OUTSIDE THE COURT (Sheffield Doc/Fest 2011), MEN OF THE CITY (Sheffield Doc/Fest 2009), ALL WHITE IN BARKING (Sheffield Doc/Fest 2007), PHILLIP AND HIS SEVEN WIVES (Sheffield Doc/Fest 2005) and LIFT (2001). Isaacs is an Associate Professor of Ethnographic and Documentary Film at University College London.

The World Premiere of THE FILMMAKER’S HOUSE takes place on Saturday 17 October, 17:30 at The Showroom Cinema, Sheffield. The screening will be accompanied by OUTSIDE by Danielle Arbid (France, 2020, 5min). Following the screening, Isaacs will be in conversation with our Festival Director, Cíntia Gil as part of a live Q&A. Booking details are available here.

THE FILMMAKER’S HOUSE forms part of our Rebellions strand.

Rebellions is supported by Bertha Foundation.