As part of a special collaboration between Second Run DVD and Sheffield Doc/Fest to celebrate International Women's Day, viewers from the United Kingdom will be able to access five of Chytilová's most trailblazing films — Daisies, Fruit of Paradise, A Bagful of Fleas, Ceiling, and Something Different — for free from 8-14 March 2021.

UK-based audiences can access the programme of five titles, online at DAFilms. 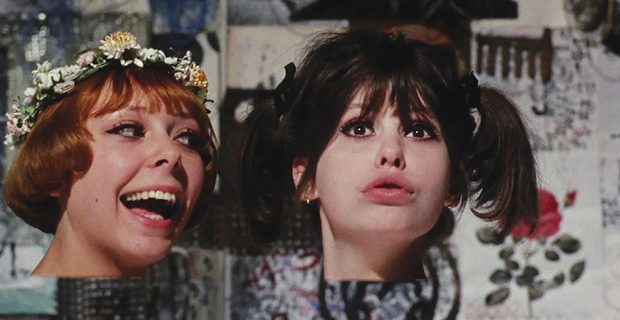 One of the most celebrated films of the 1960s Czechoslovak New Wave, Sedmikrásky (Daisies, 1966) is director Věra Chytilová’s second feature film. Made when Chytilová was 37-years-old, this timeless, vibrant classic continues to inspire new generations of viewers. A provocative film, it tells the story of two young women who decide to mirror the decadent, hedonistic world in which they live. Removed from the political reality of the time in which it was made, Daisies are nonetheless a quintessential representation of the mid-sixties aesthetic. Marie I and Marie II have no qualms with traditional morality and social norms, carelessly bamboozling the men attracted to their carefree exuberance – mostly older men. The avariciousness of these models sees them exploiting the wallets of their spellbound male suitors, and just trying to enjoy any kind of fun that comes their way. One gauge of their escapades is the game “matters/ doesn’t matter”, which both swaggering Maries play as they blindly proceed from one adventure to the next. But their “spoilt” nature – as highlighted at the end through a moral underscored by Chytilová – is just innocent rebellion set against the backdrop of a troubled modern world. Yet the protagonists of Daisies – playfully embodied by non-professional actresses Jitka Cerhová and Ivana Karbanová – primarily serve as a demonstration of female liberation in accordance with the feminist trends of the times. 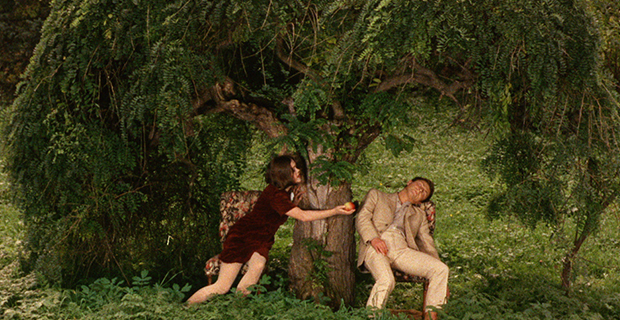 Director Věra Chytilová’s tragicomic films often focused on themes turning on how “material fatigue”, curiosity and boredom can cause infidelity in a relationship. This film sees the director staying true to form with a loose adaptation of the biblical story of Adam and Eve (and the tempter serpent). Ovoce stromů rajských jíme (We Eat the Fruit of the Trees of Paradise) was the last film to be made by Chytilová in the liberal climate of 1960s Czechoslovakia. Made in close cooperation with screenwriter and costume designer Ester Krumbachová, the film also benefits from a powerful aesthetic contribution by way of cinematographer Jaroslav Kučera. This trio worked together to much acclaim in Chytilová’s previous Sedmikrásky (Daisies, 1966). But this subsequent opus goes even further in terms of storytelling stylisation, oscillating as it does between a detective story and a comedy of manners. Serving as an essay on truth, lies, friendship and betrayal, the film is set in a luxurious guest house, boasting a large garden, and isolated from day-to-day reality. Married couple Eva and Josef are among the guests attempting to enjoy the idling away of time. The bored wife is enamoured by mysterious seducer Robert – before it becomes clear to her that he is actually a serial killer of women. The quick-witted Eva manages to defend herself in the face of the cynical psychopath, talking her way out of a tight spot. Upon returning to her husband, Eva goes back to her conventional co-existence... This movie – a demanding film for the audience – bubbles with philosophical subtexts, and experiments in form and style; it can in fact be read in a multitude of ways. Indeed, the film, produced in 1969, also serves as a circuitous commentary on the suffocating climate of “normalisation” gripping Czechoslovakia after 1968. Entered into competition at Cannes, the cryptic picture merely ended up baffling the jury. We Eat the Fruit of the Trees of Paradise is assisted by the music of Zdeňek Liška, as well as by strongly stylised performances from Jitka Nováková, Karel Novák and Jan Schmid, whom the director brought to the screen from Liberec’s Studio Ypsilon theatre. Věra Chytilová returned to the story of Adam and Eve, albeit unsuccessfully, in Vyhnání z ráje (Expulsion from Paradise, 2001). 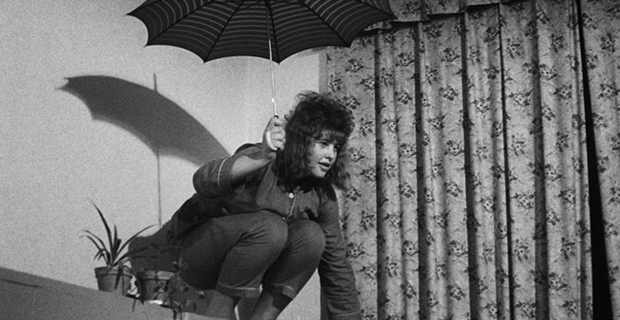 Věra Chytilová made her professional film debut with this 1962 fictional documentary set in the women’s boarding house of a textile factory, and told through the eyes of new apprentice Eva Gálová. The soft-spoken Moravian gradually gets to know her flatmates. She forms the closest relationship with Jana, who has discipline problems, and eventually receives a one-month ultimatum from the works council to improve her conduct. As part of the film’s experimental narrative structure, Eva remains invisible to the viewer – she does not step before the camera, and does not communicate with the protagonists of the story; but she does comment on events via internal monologues (this “invisible” figure was dubbed by Helga Čočková). The original, socially relevant story utilises a subjective cinéma vérité style courtesy of lighting cameraman Jaromír Šofra, coupled with an edgy, unsentimental, modernist script from writer-director Chytilová. 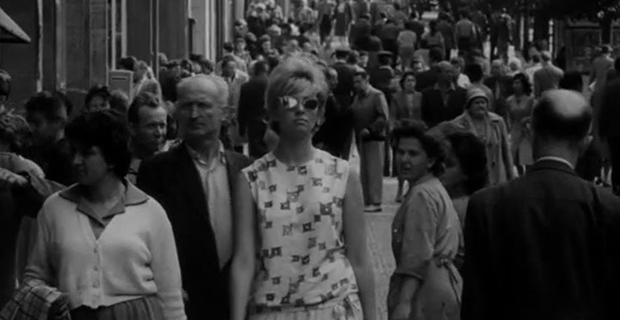 Ceiling
Czechoslovakia, 1961, 41'
A personal favourite of Christopher Small, curator of 'Something Different: A Věra Chytilová Retrospective'

A medium-length 1962 student graduation film made during Věra Chytilová’s time studying film directing at Prague’s FAMU academy. It sees Chytilová return to the familiar world of modelling, having herself briefly worked in this profession. The protagonist of the story is Marta, who works as a mannequin and appears to be contented. But a chance meeting with a former medical student colleague – Marta having dropped out of the course – exposes a figurative “ceiling” which boxes in the young woman’s comfortable and successful existence. To a certain extent, the character of Marta mirrors the reality of the woman portraying her – non-actress Marta Kaňkovská. But the story is chiefly a fictional one, and its primary focus is Chytilová’s favourite theme, namely emancipation. For many of the female characters in Chytilová’s films battle, often in vain, to extricate themselves from an existential stereotype. This documentary-style film also features a number of future celebrities of the Czechoslovak New Wave film scene, including fellow FAMU students Jiří Menzel and Miloš Forman. 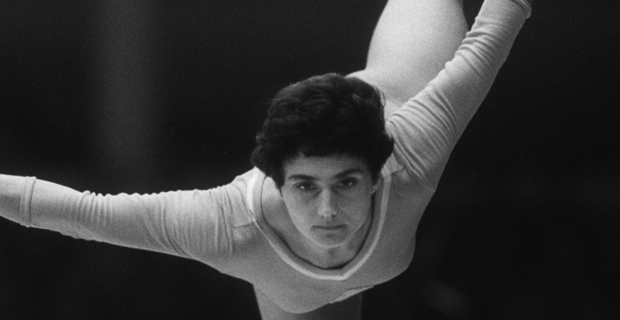 In 1963 Věra Chytilová debuted with this feature film based on her own story idea. It simultaneously tells the stories of two thirtysomething women who have never met but who at different levels have to grapple with the same problem. Feeling squeezed between the monotony of their everyday lives, and their desire for change, are Eva, a female gymnast, and Věra, an ordinary housewife. Eva is determined to round off her career as a top sports woman with some very substantial contests, while Věra grants herself some “respite” from caring for her husband and son through a love affair which, ultimately, requires a solution. In the end, however, neither of the protagonists take advantage of the chance that presents itself to them… The then 34 year-old Chytilová explores what would go on to long endure as her beloved theme: women’s emancipation. In the process, she combines, true to the spirit of the New Wave of Czechoslovak cinema, performances by both professional and amateur actors. Whereas the sports woman’s storyline approaches the documentary format – thanks to a cast that includes real-life gymnast Eva Bosáková and her fellow athletes – Věra’s story is purely fictitious and is grounded in the acting skills of Věra Uzelacová, Josef Langmiler and Jiři Kodet.

The titles are presented on DAFilms, in collaboration with Second Run DVD as part of our International Women's Day celebration.