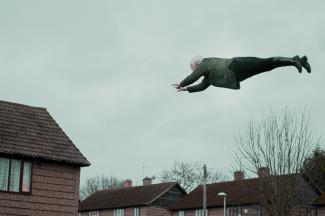 Set in Oulton, Leeds, a former coal-mining community in which over 60 houses still stand, Hanging On spotlights the strength of a neighborhood that unites when faced with eviction. Originally made as temporary council housing, these homes were later sold onto private investors. Now, demolition is being threatened, an act which would result in the displacement of a large number of residents, some of whom have lived here all of their lives. Featuring a combination of audio interviews and artistically-lensed visual materials, Hanging On uncovers the stories of a close community of residents in the area, hearing their nostalgic memories of the place, and the stress caused by the uncertain fate of their ongoing campaign to save their homes. Hanging On reminds us about the struggles of people slipping through the cracks of society and explores what it means to have a home.

Hanging On will be followed by an in-person Q&A with Alfie Barker which will be live-streamed from the cinema to Selects.