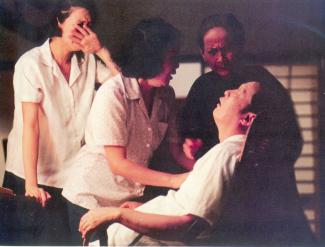 Spanning from 1947 to 1965, this personal film displays the complexity of identity and the shifting moods of displaced people, adopting a young boy’s perspective as he comes of age. He and his family (parents, grandmother, older sister, three brothers) encounter the shock of leaving their homeland; only the boy is able to acclimatise himself to the new country. After experiencing a family member’s death, the boy is forced to grow up and face the reality of real life. Loaded with deep sentiment for the homeland and weighted with the fragile feelings of childhood years, The Time to Live and the Time to Die is regarded as a masterpiece of Taiwan New Cinema in the 1980s, but its form, narration, and aesthetic are all similar to the form of the personal documentary; sentimental and touching, this film encourages viewers to revisit their memories and preserve their own personal history.