where did we land 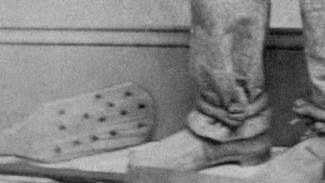 For many Black people around the world, this past decade has been defined by an increase in documented and reported instances of state-sanctioned violence, exaggerated by an over-saturation of images of that violence disseminated through news outlets, blockbusters, experimental films, and social media. where did we land is an ongoing artistic experiment by Rabz Lansiquot interrogating the effect of these widespread images of anti-Black violence on society, justice, and on the psyches of those Black people who encounter them. The film takes the form of a moving image essay that speaks to the problem of spectacle for Black subjects on-screen. It features 900 abstracted still archival images that span the African diaspora, both spatially and temporally, accompanied by a text that references thinkers Tina Campt, Saidiya Hartman, Guy Debord, Frank B. Wilderson III, Ruun Nuur, Susan Sontag and more.

Judah Attille and guests discuss where do we land in Sonic Register: British black womxn and onscreen performativity (a recorded conversation).