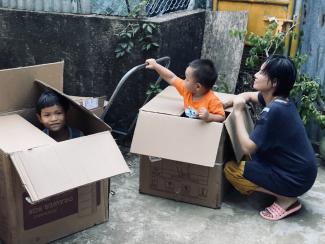 During those lockdown days when nobody could go outside, Ying Liang saw his son finding a way to fly around the world, using a paper airplane carrying Iranian filmmaker Abbas Kiarostami’s portrait. Using a touch of playful cinephilia, with The World of Mindfulness, Chinese filmmaker Liang – now living in Hong Kong – creates a marvellously simple piece about the world of childhood.

The World of Mindfulness will be followed by a live online Q&A with Ying Liang which will be live-streamed from the cinema to Selects.