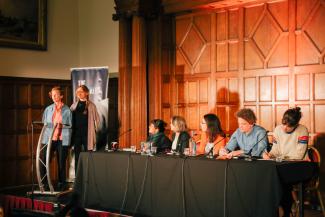 Who will be awarded the coveted £80,000 Film & TV Funding Award to make their first feature-length documentary? The Whickers Pitch brings together five emerging directors from around the world to pitch their non-fiction projects to a panel of industry judges. Log on to support the finalists, be your own armchair judge and bear witness as the legacy of pioneering broadcaster Alan Whicker brings another exceptional documentary idea to life.

A recording of this pitch is available to Online Industry Pass holders on our Doc/Player platform. All talks are captioned, provided by AI Media.