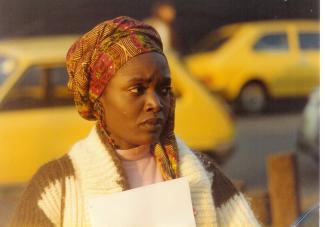 A pioneering first feature from Menelik Shabazz, Burning an Illusion marked a coming of age for Black British cinema. A film about transformation and identity, it is a love story that traces the emotional and political growth of a young Black couple in Thatcher’s London. It was the first British film to give a central voice to a Black woman, charting her journey to emotional maturity, emancipation, and political awakening. Pat Williams (Cassie McFarlane) is a London girl with a caring family, her own flat, and a job that she enjoys, who looks forward to settling down to a comfortable married life. Her dream is shattered when she meets Del (Victor Romero), a charming but vaguely discontented toolmaker, who soon moves in and then loses his job, causing them both to challenge their assumptions about each other and their aspirations.