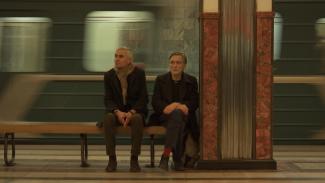 In contemporary Paris, filmmaker Vladimir Léon delivers his brother Pierre an old suitcase that he had taken from their mother’s house after she died. In it, they find documents connecting their Russian grandparents, Lily and Constantin, with the Soviet secret services working in Paris before the Second World War. The two brothers then begin an investigation, travelling from Paris to Russia, and wandering among the ruins of lost worlds and unspoken stories. They talk, sing, and drink, meeting friends, witnesses, and historians, and uncovering counterespionage reports, testimonies from daily life under the Soviet Empire, and memories of the gulags. In the process, the fears of the remote past reappear like ghosts and seem closer than may be expected.

My Dear Spies will be followed by a live online Q&A with Vladimir Léon which will be live-streamed from the cinema to Selects. This is also available to watch below.