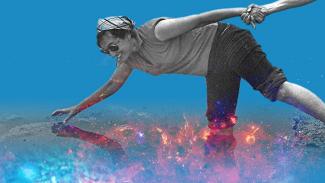 Symbiotic Earth explores the life and ideas of Lynn Margulis, a brilliant and radical scientist, whose unconventional theories challenged the male-dominated scientific status quo and are today fundamentally changing how we look at ourselves, evolution, and the environment. As a young scientist in the 1960s, Margulis was ridiculed when she first proposed that symbiosis was a key driver of evolution. Instead of the mechanistic view that life evolved through random genetic mutations and competition, she presented a symbiotic narrative in which bacteria joined together to create the complex cells that formed animals, plants and all other organisms. Margulis’ symbiotic narrative – and the Gaia theory, which says all life is interconnected and interdependent – presents an alternative to a destructive worldview that has led to the climate crisis: humans are not the pinnacle of life, but part of a complex cognitive system in which each of our actions has repercussions.