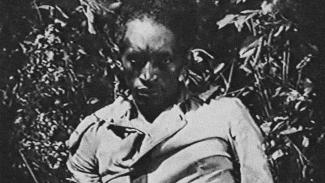 Through a suicide note written by enslaved Afro-Brazilian, Timóteo, memories of Brazil’s history of slavery are revealed, that overflow into imagery showing ethereal landscapes, accompanied by a soundtrack of harrowing noise. Punctuated by reinvented and manipulated ghostly archival imagery and an undulating, wailing score, this poetic essay film is an intimate and sensorial journey reflecting on the silencing and invisibility of Black people across the diaspora. Images, sounds, and memories reverberate across generations, exploring the intangible psychosocial effects of slavery, its material and architectural impact, and the extreme measures that were taken to resist it. With Brazil holding the record for the importation of the most enslaved Africans during the Trans-Atlantic slave trade, this film is a pensive meditation on the frequently underrecognised violent legacies that still haunt Brazil and the world today.