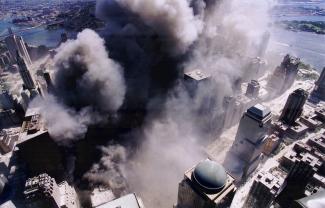 Created by Daniel Bogado and 72 Films (Inside North Korea's Dynasty), and executive produced by Dan Lindsay and T.J. Martin (Undefeated, LA 92), Daniel Bogado’s 9/11: One Day in America was made to mark 20 years since the attacks of 9/11. Produced in official collaboration with the 9/11 Memorial Museum, the series uses archival footage - some of which has never been seen before - and new, original interviews with eyewitnesses who have now had almost two decades to reflect on the events they lived through. Accumulatively, 9/11: One Day in America offers a powerful, immersive, and emotionally charged account of that fateful day.

9/11: One Day in America will be followed by an in-person Q&A with Daniel Bogado which will be live-streamed from the cinema to Selects.