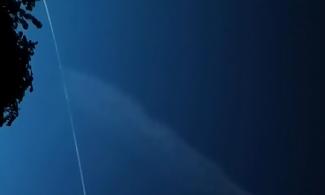 Incidental phone videos from the artist’s camera reel are edited into the poetic form of a villanelle. Portrait-format clips - filmed to send to distant loved ones or to capture instances of caught attention - show fragments of events that lie between movement and stasis. Two lives between two countries follow an A-B-A rhyming structure, with sequences of birds in flight appearing as repeating refrains. Swallows above an Aegean beach at sundown and a murder of crows against northern skiesl streetlight glow by motorbike and puddled lanes by bicycle; a hand clasping a leaf and sunlight over bare knees in transit. When and why do we choose to capture such moments? Can a life be lived between places in a year of lockdowns and the end of freedom of movement? Video Villanelle (for distance) reflects on changing relationships to home during lockdown.

Video Villanelle (for distance) will be followed by an in-person Q&A with Catriona Gallagher which will be live-streamed from the cinema to Selects.