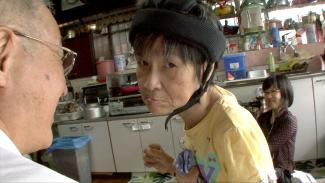 As early as 1937, the Chisso Corporation began dumping toxic waste into the waters of a fishing village in Minamata, Japan, initiating a form of methylmercury poisoning in the local population now known as Minamata disease. Kazuo Hara’s documentary tracks the legal struggles of several long-term sufferers of this disease, filming their battle across 15 years to create an epic three-part film.

The film is playing in 3 parts (with breaks) on Sunday 13 Jun / Showroom Cinema.

The three-part showing of MINAMATA Mandala will be followed by a Q&A with Kazuo Hara which will be shown after the screening and be available on Selects.