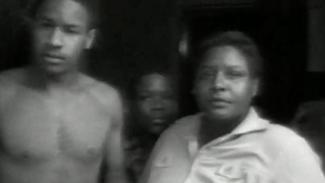 The MOVE Organisation is a family of committed revolutionaries, founded by John Africa in 1972. Life is their priority, and caring for life forms the core of their beliefs. MOVE’s members survived two catastrophic attacks from the Philadelphia police within the span of 10 years, resulting in members being imprisoned and murdered, including children. This film is a living testimony.

Move: Confrontation in Philadelphia will be followed by a Q&A with Karen Pomer, Janine Africa and Raymond which will be shown after the screening and be available on Selects.

LIFE IS OUR REVOLUTIONARY PRIORITY