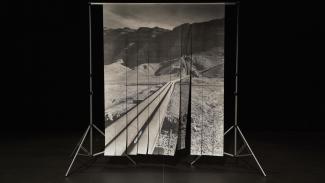 One Image, Two Acts examines the photographic archives of British Petroleum during its operations in Iran, exploring the organisation’s widespread construction of cinemas in the country’s oil towns. Sanaz Sohrabi’s film folds cinematic time into geological time, revealing how a homogenous colonial narrative was sustained through the appropriation of films and monopolisation of land.

One Image, Two Acts will be followed by a live online Q&A with Sanaz Sohrabi which will be live-streamed from the cinema to Selects.