Under The White Mask: The Film That Haesaerts Could Have Made / Onder Het Witte Masker: De Film Die Haesaerts Had Kunnen Maken 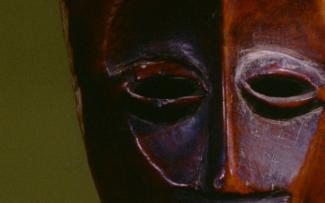 Under the White Mask: the film Haesaerts could have made uses fragments of Under the Black Mask, a 1958 film about Congolese art directed by the Belgian artist Paul Haesaerts, which has been qualified as colonial propaganda. This new film imagines what the masks – now subjects, and not objects – would say. Aimé Césaire's Discourse on Colonialism is spoken in Lingala for the first time. This speech is still a critical mirror for Europe. Under The White Mask is limited to the elements already existing in 1958.

Under The White Mask will be followed by a live online Q&A with Matthias De Groof which will be live-streamed from the cinema to Selects.

SOME MAGIC TO FIGHT OPPRESSION